The Ice Run Returns: The Adventurists Call for Entrants

After a year away, the world’s “coolest” motorcycling event is back and promising more crashes, splashes and Russian vodka than ever....

If you’re looking for a new and unique motorcycling adventure next year, how about riding 2,000 km over and around Planet Earth’s deepest lake?

Russia’s Lake Baikal is the oldest and deepest lake (by just over a mile!) in the world. With temperatures in the region dipping to a balmy -20oC, the lake spends most of the year frozen, the folks at The Adventurists naturally decided it was high time to gather a group to ride across it on old sidecar motorbikes. 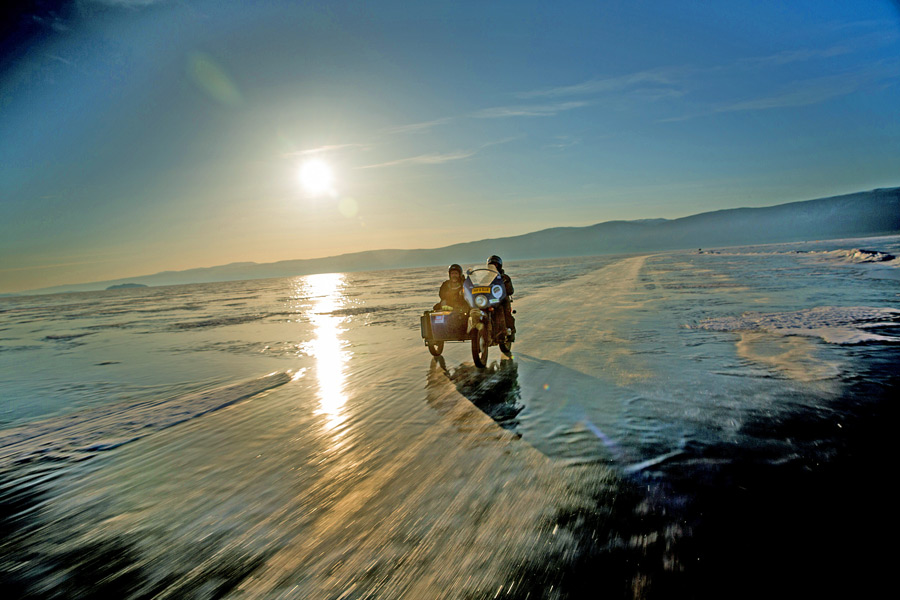 Our 6th Ice Run, taking place in March 2018, has just opened its doors for entrants؅. Two-person teams will comprise of a driver and a “navigator” in a sidecar (although you can swap positions as often as you desire). There’s no route set in stone, but you’ll be given a selection of GPS co-ordinates for fuel drops and some particularly hazardous areas to avoid (best not to get those two mixed up!). The Adventurists provide some expert advice on where the best riding will be found, including help at getting across Lake Baikal as well as the forest trails and rural ice roads around the lake.

There will be Russian vodka-fuelled parties under the stars, Banyas (a Russian sauna, a kind of steam bath), fires and feasts of local fish, thrown into the mix during the 12-day event. But the most fun comes in the form of dealing with the lake’s 12,000 square miles of ice. Whilst the wind can polish the ice smooth and flat like a mirror, in more sheltered areas it can resemble a freshly ploughed field, with great tombstones of ice to navigate around. If the winter is mild there will be surface water and cracks to pick a path through and sometimes jump over. One thing you can count on, the route across the lake certainly won’t be in a straight line! 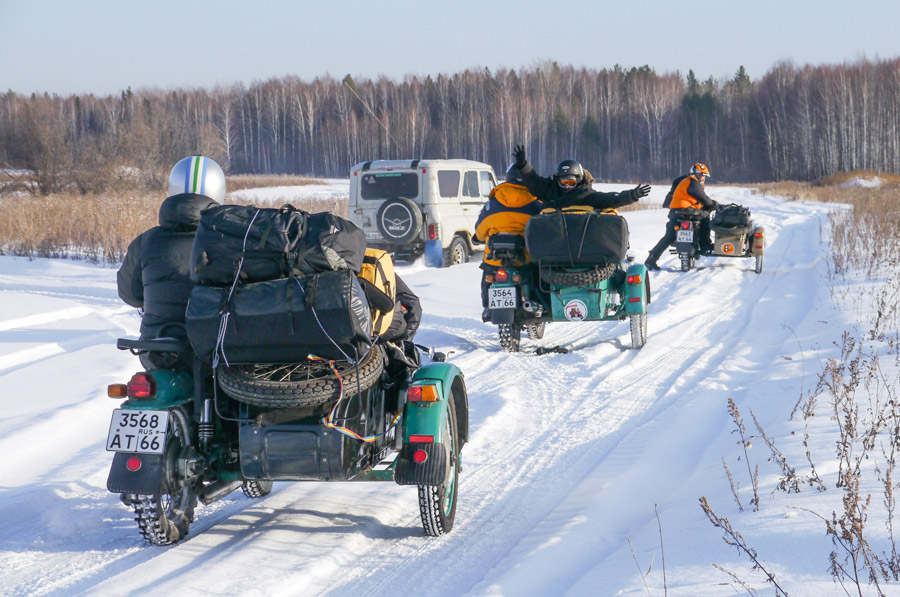 “We made some rash decisions. I remember going across one particular crack and not really thinking about stopping. The back wheel went through the ice. We had enough momentum to pull through, but it was a bit of an eye-opener.”—Richard Fleming, 2015 competitor

“When you put the brakes on, not much happens except the bike pulls really hard to the right. Then the steering goes funny, the brakes lock up and you skid at a strange angle, usually straight into whatever it is you’re trying to avoid.”—Katy Willings, Ice Run Chief

“I’ve been all over the place on crappy vehicles that breakdown all the time, but it’s never really been a problem because whenever you stop you don’t feel like you’re going to fall through the road.”—Matt Prior, 2015 participant

If this sounds like your cup of tea, but you’re a little concerned about the fact you’ve not ridden a bike across a giant frozen lake before, you can be partly reassured by the fact there’s three days of rolling training and mechanical briefing, so you’ll get to know the basics of how to ride and fix a Ural motorcycle in -20oC, how to camp in the cold and how to pull someone out of the ice. If something does go drastically wrong, The Adventurists invisible backup crew are only a call away with a team of bike and adventure experts on hand. 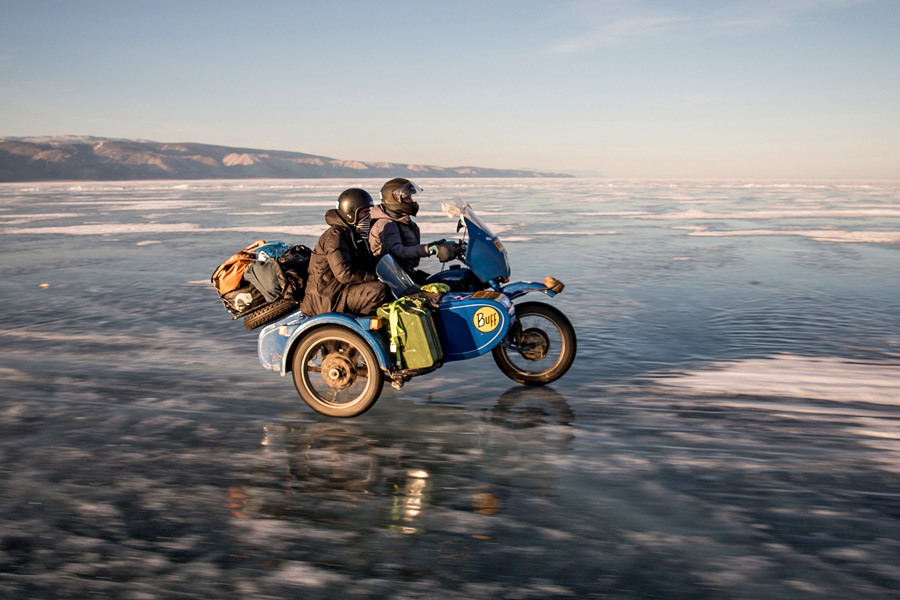 A Note from The Adventurists on Saving the World

“Adventurists teams have raised millions for charity and by supporting Cool Earth (CoolEarth.org), you’ll be saving the world one rainforest at a time. Not because we’re tree hugging sandal weavers, but because the world would be shit without them.”

“What can I say about the Ural? They are shit, but magnificent at the same time.”

These days Ural makes excellent bikes. Thankfully that was not always the case and scattered across the corners of the ex-Soviet empire lie scores of old school Urals. They’re built like a tank, slightly rusty and often unreliable. Obviously, the all-round perfect Siberian adventuring machine for facing over 2,000 km of frozen rivers, lakes and roads at -20oC.

In 1939 the Russian army thought it was high time they had some motorbikes. Ever the masters of efficiency they nicked one from the Germans—the BMW R71—pulled it apart, copied it (badly) and slapped a Ural badge on it. Thus, was born one of the world’s coolest motorised bicycle machines.

Right up until the 2000s the design remained pretty much unchanged. It is these old engineering marvels that The Adventurists have carefully selected to make sure completing the Ice Run is much more difficult than necessary. TheAdventurists.com