The GS Trophy Challenge is one of the most complex motorcycle-specific off-road course challenges held in an international spotlight. Riding the venerable BMW F850GS, contestants from all over the U.S. descended upon Rawhyde’s BMW Off Road Training Academy near Castaic Lake, CA, to qualify for next year’s event. The 2020 GS Trophy Challenge will be held in New Zealand in February 2020 where those who make the cut will compete against other international teams.

Both men and women competed in this elimination round to represent the U.S. At the end of the day, two men were chosen to travel to Oceana for the event and the top few women where selected to move onto the next round of elimination where they’ll hopefully find a place on the national and international teams. 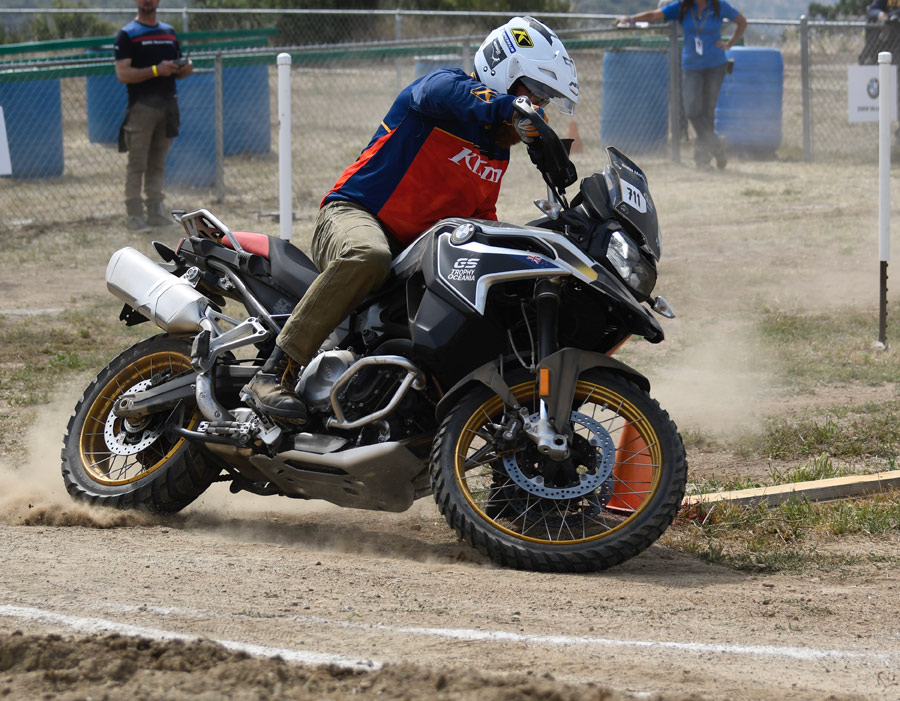 Skills such as axe throwing, fire starting, and archery, along with motorcycle-specific obstacles were the focus of and used to determine which participants had what it takes to take on the challenge in Oceana. Challenges such as coming in fast and stopping within a specific chalk outlined box; deploying the kick stand and having it land within a small diameter puck, then dismounting while shutting off the engine; another required knocking over a small cone with the rear tire only while riding in fast, locking up the rear tire and coming in at a slanted skid so that only the rear tire has access to hitting the target.

Then there was the rope around the barrel event: While slowly riding the bike, the rider has to wrap a fifteen-meter rope around a stationary barrel without it touching the ground over uneven terrain. One hand holding the rope, the other on the handlebar circling the barrel in an ever-diminishing radius. The closer you make it to the barrel, the more points you earn. Yet another was the dreaded 100-yard-deep sand slalom: Front tire wash-outs seemed to be the norm but a few were able to make it across unscathed using a combination of talent and luck. 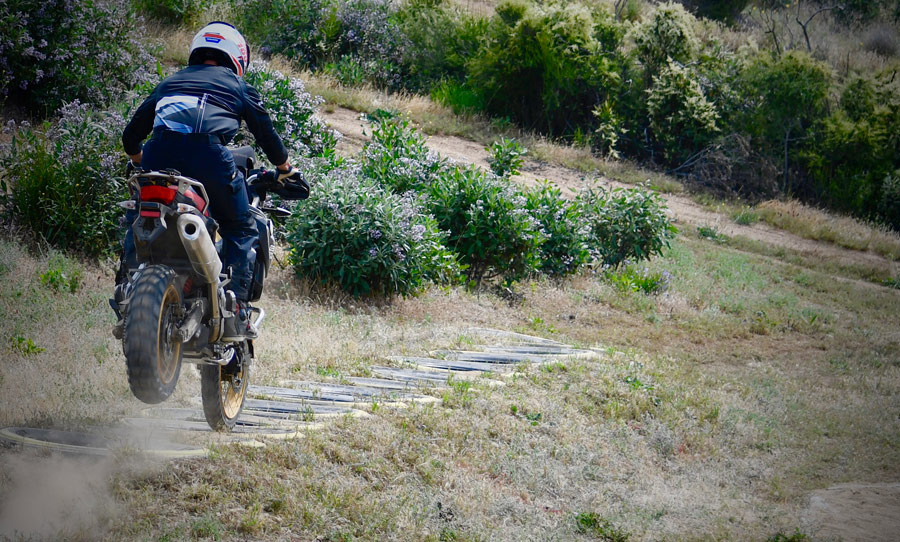 And my favorite, “The Garage” as it was coined. Here, the contestants had a series of sharp U-turns in a confined garage-like course. Points were deducted if you tapped the ground to regain your balance or if you would hit one of the course-defining wooden planks or barrels. To get this right, you had to be stellar at throttle control, balance, and super tight slow turns.

And let’s not forget the narrow telephone pole you had to ride over without falling off the edge. There were too many challenges to name them all. Bike carnage seemed omnipresent during the course of the day, especially in the sand slalom. A true testament of the worthiness of the two bikes that were on hand for the 30 some-odd participants to ride. Basically, the challenges were designed to test each rider’s agility, balance and ultimately command of the bike. The contagious camaraderie of the men and women challengers was very present throughout the day’s event. 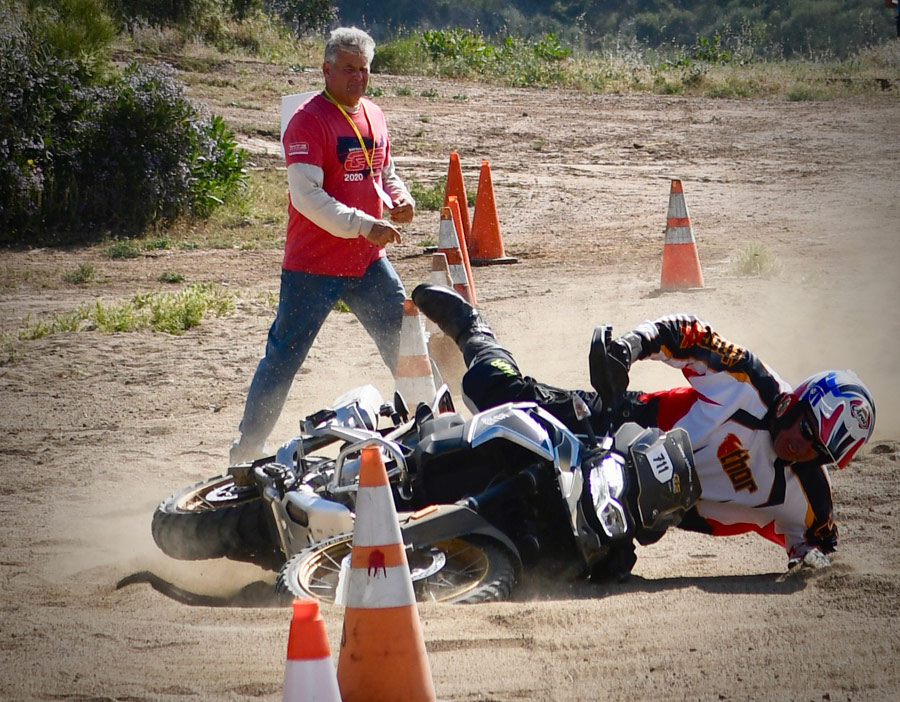 Rawhyde, as usual, did things first class all the way by serving plenty of hot meals and cold drinks during the specific meal breaks. They even provided a clean sun-shaded tent for all to dine in. One of the issues that all the event goers had to deal with was the mosquitoes. Rawhyde was kind enough to provide repellant for everyone. There was even live music from the likes of E&O Medicine Show and The Mary White Band during dinner and after the event—that’s the Rawhyde way.

Overall, it was a top notch, excitement filled event for all to watch. This BMW Motorrad sponsored event began in 2008 and happens every two years with a new destination each time. Past events have taken place in in Mongolia, Canada, Thailand, Tunisia, Patagonia, and South Africa.

For more information and to follow the event: www.Brand.BMW-Motorrad.com/en/experience/stories/adventure/gs-trophy-2020.html