Baja Rally 3.0: The Next Big Thing South of the Border

By 6:00 a.m. the riders were geared up and gathered at the gate. A few false starts later, the rolling rumble made its escape, and the rotating blue-red lights of the Policia Municipal took the convoy’s lead. The sun had barely breached the horizon before we were giving chase in our band of vans and pickup trucks—searching for the perfect photo. By the time riders reached the midpoint pit stop at the El Paraiso Hotel, engines had already blown and the heat was taking its toll—exactly how the Baja Rally organizers wanted it…. 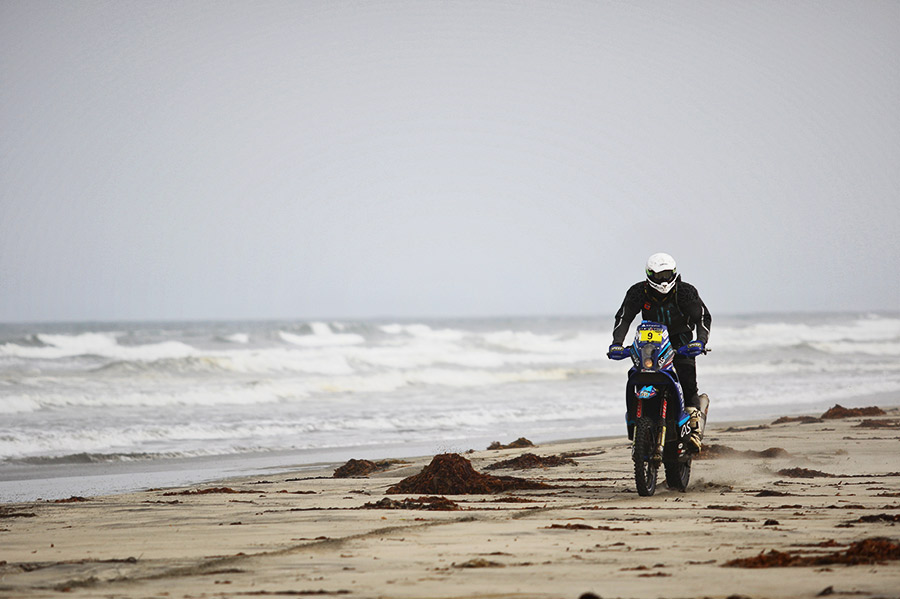 On registration day, a gated parking lot across from the San Nicolas Hotel in central Ensenada marked the night’s bivouac. It was no grassy field with oodles of shade, but proper amenities were close by and the extra motorcycle cage along with the pseudo-security guards gave it an air of safety. The rider’s meeting that evening was long, but provided as much information as the hard working Baja Rally crew could manage. If the speakers weren’t eloquent, they were personable and sincere. When questions needed answering, the straw-hat clad hero of the week (and director of timing and scoring), Eric, filled in the gaps. It was a shaky start—with some miscommunications leading to longer wait times and confusion, but at this fledgling stage, the Baja Rally is an underdog worth rooting for.

A thick, heavy fog lay on the beach between San Vicente and San Quintin. Save for some fishermen, the beach was desolate and empty. The only roads that led to it were worthy of skilled off-road enthusiasts—lots of moist sand and steep hills. Few racers were lucky enough to find safe passage near the waterline at low tide, a privilege reserved for the fastest riders. Those who trailed behind had to endure the rigors of the deep, loose, pitted surfaces along the shore. The complicated roadbook instructions sent bikes bucking and sliding through a 90-degree turn off the beach—nearly missing it—and, worse, sending their captains in circles among the dunes, losing time and energy while they tried to find the correct path. The day was not an easy one, and everybody seemed to like it that way.

El Coyote Ranch was a welcome, western-style oasis at the end of the longest five-mile drive in two-wheel-drive history, providing a good night’s rest after the long, challenging stage. However, the next few evenings were reminiscent of a few accommodation issues from the rally’s first year. Hotels? No hotels? And a dusty-muddy parking lot with little security. At one point the entire tiny town of El Rosario showed up asking for stickers (a popular memento handed out by rally members). Yet, mingling with locals was one of the week’s more genuine and interesting interactions. 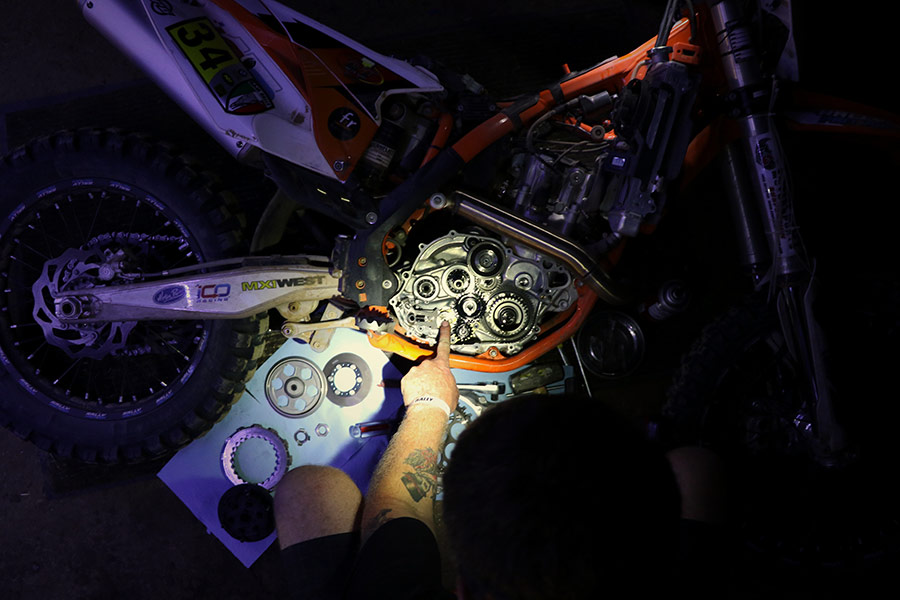 It should be said that the camaraderie among the 100-plus participants was amazing. Every day, the racers spoke of rough terrain, blazing heat and endless obstacles. Despite the obsessively marked roadbooks and warnings at the nightly meetings, a few good men were injured and sent packing. But not one of the lot denied Baja’s beauty. Racers spoke spiritedly about the enviable sights, killer tracks, and the inevitable feeling of accomplishment at the end of each stage. Someone was overheard saying that rally raids were losing their edge, that no one knew how to “tough it out” anymore. But the Baja Rally, young and spry, isn’t that gentle. The organizers did their best to avoid liability while creating a fun, approachable environment, yet the race is still wild—with no luxurious bathrooms and hotel suites.

By the time all the competitors tore through the four Special Stages and hours of Liaison, only 29 of the 37 registered bikes lined the poolside celebration on the final day of competition. Circumnavigation of the five-day event proved to be grueling for not only the riders, but also the teams of support, medical and media that dashed in and out of the course to keep track of the goings-on. Yet after countless miles, no one at the San Nicholas Hotel & Casino complained; instead they rejoiced in the fun, excitement and challenges that came from taking on the wilds of Mexico.

This event isn’t for the faint of heart. To say it’s rough around the edges is an understatement. But under its rigid layers is hidden a diamond just waiting for the right hands to buff it out. Feelings among the racers were light-hearted and amicable. The Baja Rally even let a Subaru tail the “moto only” rally (this year the UTVs were also allowed to race) in an experiment to test the course for larger vehicles—never ceasing to break barriers, incite amusement and polish the coarse exterior of the raid. This “serious” race is not to be taken too seriously—yet. When asked how much petrol to prepare for the stage, Cameron Steele suggested, “You can never have too much gas... unless you’re on fire.” A quote and an attitude that reflects this year’s rally well. Be ready, keep a cool head, and when things get rough, have a sense of humor—because, hell, this is Baja after all! 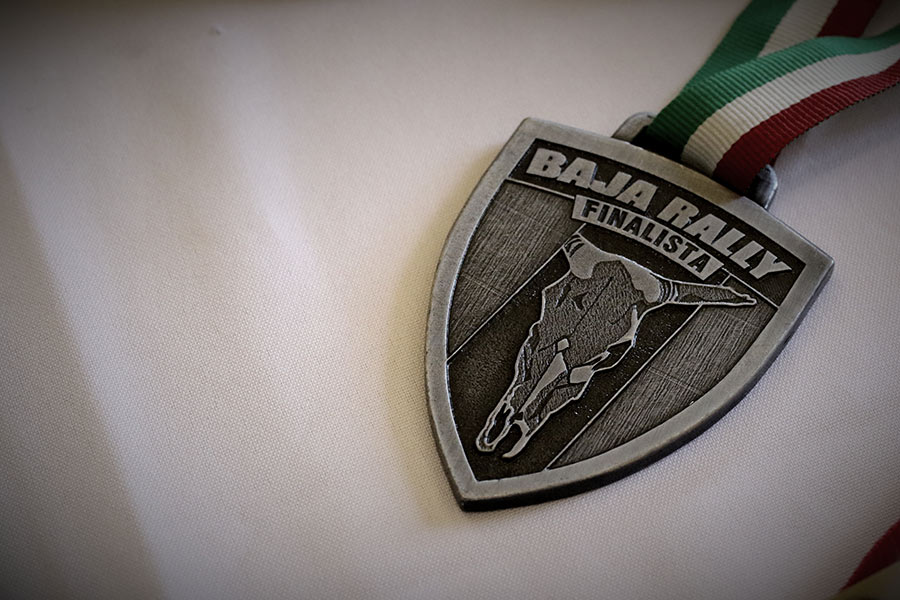 In the end, several-time Baja 1000 winner Steve Hengeveld took home the title; British moto-personality Lyndon Poskitt celebrated second place; Cameron Steele took third; and in a great show of determination and skill, privateer Trent Burgiss walked away with fourth place. Everyone else crossed the finish line hot, exhausted and proud that they completed Baja’s most feral rally raid. It’s a wild one, the Baja Rally, and it’s waiting for a worthy challenger to tame it. Until then, try not to get bitten.